Honey Education
Raw honey has been shown to inhibit the growth of pathogens in food and food spoilage organisms. Scientists at Cornell University, Geneva, New York report “Honey has been used as a topical and gastrointestinal remedy for thousands of years, and has recently gained recognition from the medical field. The growth of many microorganisms associated with disease or infection is inhibited by honey.”

It is exciting that raw honey is now getting this kind of thorough review from the scientific community. Premier One are so thankful to two of the authors of this article, for help in the development of their blueberry Rejuvenation Tonic and ongoing work to grind the blueberries smaller for production and to monitor this product for shelf life stability.

The pure honey from the Champlain Valley of Vermont, rural New York State and Michigan is the culmination of an incredible amount of work by honey bees.

As the season unfolds, the bees visit many flowers to collect nectar to make honey these include dandelion, raspberry, blackberry, alfalfa, white clovers, vetches, basswood, milkweed, goldenrod, and the asters. On the average, they collectively fly 24,000 miles and visit three to nine million flowers to make one pound of honey.

Apitherapy honey has never been heated or filtered, and thus it retains the beneficial traces of pollen, propolis, and beeswax, which the flowers and bees have provided. These contain healthful minerals, vitamins, enzymes, amino acids, and carbohydrates. Honey forms crystals around these particles, which you see on the surface or by holding a jar up to the light. Within a month or so after the fall harvest, Apitherapy honey will crystallize. To soften or re-liquefy honey, place it in a warm place or in warm water.

What is Apitherapy?
APITHERAPY, or “bee therapy” (from the Latin apis which means bee) is the medicinal use of products made by honeybees.

Some of the conditions treated (not in any special order) are: multiple sclerosis, arthritis, wounds, pain, gout, shingles, burns, tendonitis, and infections.

Therapies involving the honeybee have existed for thousands of years and some may be as old as human medicine itself. The ancient rock art of early hunter-gatherers depicts the honeybee as a source of natural medicine. Bee venom therapy was practiced in ancient Egypt, Greece, and China—three Great Civilizations known for their highly developed medical systems. Hippocrates, the Greek physician known as the “Father of Medicine”, recognized the healing virtues of bee venom for treating arthritis and other joint problems. Today, growing scientific evidence suggests that various bee products promote healing by improving circulation, decreasing inflammation, and stimulating a healthy immune response.

It is important to note that Apitherapy is not only the use of the venom for healing, often called Bee Sting Therapy, but the use of all the hive products, and usually a combination of them. These products are also sometimes mixed with other ingredients, specifically different essential oils, dependent on the condition being treated.

State Of The Hive Millennium Report
In the last one thousand years, there have been very few changes in the life of a honey bee. Today a colony of bees works together as a family to feed, shelter, and care for itself just as its ancestors did when honey bees were brought on ships to the New England shores in the era of Christopher Columbus.

What has changed dramatically in the last 100+ years is how honey is marketed. One hundred years ago, all honey was sold as a raw and unheated product, in a container or comb, to local and regional markets. A hobbyist would sell honey at the house or the local store. Commercial beekeepers would also bring honey to regional markets in the country and city.

Today, most of the honey marketplace is controlled by packers, who buy from beekeepers and then bottle and sell the honey. Much of the honey sold in your area is from China, Argentina, and regions far removed from the market where the honey is sold. The packers now pay the beekeepers a price less than it costs to produce the honey, and thus the beekeeping industry is under great stress.

Most of the honey currently sold is heated and filtered, which keeps it in the liquid form for 6-12 months. This process arrests the natural crystallization of honey that otherwise occurs toward the end of October. Because the honey that a packer handles is generally crystallized by the time it is ready for bottling, the honey must be heated and filtered in order to make it flow. This strips the honey of most of its nutritional value.

Premier One are grateful to be able to offer you raw honey. Premier One’s unheated and unfiltered Apitherapy raw honey, which was seen as such a radical idea when they “got back” to it in the 1970’s, is now in high demand. It is because of your support that they are able to continue this work.

Premier One brought the bees to the blueberry barrens of Cherryfield, Maine one May. When the bees pollinate the blueberry flowers, the fruit crop is increased by around 300% compared to relying on just the wild bees and other insects for pollination.

When this land is cleared, the blueberry crop comes up the next year. The wild low growing blueberries do not need to be planted here; they have always been in the soil. The brown bears must celebrate the arrival of the bees. Electric fences around each group of bee hives and a constant patrol throughout the night minimize the number of hives they tear apart looking for their next meal. The blueberries will grow throughout the summer and be harvested in August.

Research has shown that the antioxidants in blueberries may slow the aging process, reverse memory loss, and improve vision.

Propolis
Propolis is a mysterious substance produced by mysterious creatures. Honey bees produce propolis by collecting resins from trees such as coniferous and poplar species (amongst others), and combine that with beeswax, pollen and their own amazing enzymes. Propolis is extremely variable depending on bioregion and season.

Since the beginning, beekeepers have observed that honey bees coat the interior of the hive with this resinous substance. The bees plug holes, waterproof, polish wax cells and hold the hive together with this glue. The healthy hive resists bacterial, fungal, and mold attacks. Honey bees are extremely clean insects.

Years ago in Russia and European countries where beekeeping has a long history, modern scientists began testing propolis in the laboratory in controlled experiments to prove or disprove the thousands of years of anecdotal evidence. Scientists and doctors decided to test propolis on infectious bacteria and viruses. First they cultured various pathogens which included Corynebacterium diptheriae (causes diphtheria), Salmonella typhus B (paratyphus), Listeria monocytogenes (brain membrane inflammation), Staphyloccoci species (cause of infections and inflammation of lungs, kidney, brain, middle ear, eyes, meningitis, and was present in the Asian flu epidemic in the late 1950’s), and a proteus, or Pseudomonas auruginosa (responsible for digestive system disturbances, which on the whole, antibiotics are no longer effective against).

Then each culture was inoculated with various dilutions of propolis solution. In each case propolis effectively defeated or inhibited the growth of each of these pathogens. This experiment was also conducted using a “blind” . The scientists performing the experiment did not know that the chemists had mixed a synthetic propolis, combining resins, balsams, wax and pollen, which was tested alongside the bee’s propolis. It was noted that the “synthetic” propolis produced little to no effect on the same pathogens. Propolis would have had less validity if the artificial propolis had produced the same effects. Thus the key to this synergy is in the beautiful body of the bee itself. Without the bee there could bee no propolis.

The second inoculation showed strong inhibition of the influenza virus. The scientists continued the experiment by diluting the propolis preparation, and showed positive results in dilutions as low as 1:4 million! Bee products had proven themselves to the scientific world to be effective against viruses. Other tests have also been done on the herpes virus with equally positive results.

Doctors at the Oncology institute in Ljubljana performed studies with a propolis/honey mixture. Patients who were receiving radiation treatment for malignant tumors of the oral cavity, tongue and throat were chosen to take the propolis/honey mixture. The radiation treatment the patients received was usually followed by a secondary infection of the mucous membranes, radium mucositis. This infection leaves the patients with extremely painful swallowing and many would choose to not eat, thus further weakening the body. Radiation treatment also disrupts red blood cell counts. The patients given the propolis mixture either had complete relief from this infection or had only mild symptoms. The pain and swelling were alleviated to the point where the patients could eat. Red blood cell counts also stabilized.

As beekeepers they can not say that propolis is a medicine. Thousands of years of results speak for themselves. Validation by the scientific community is just icing on the cake. Propolis has incredible potential for human kind. The bees and all that they produce are good for us. How can we ever re-pay them?

About Premier One
The Premier One brand was founded in July 1984 in Omaha, Nebraska as one of the first product lines devoted entirely to natural, nutritional supplements derived from bee products. The Premier One brand uses various delivery forms, each chosen for its particular benefits, including capsules, chewable wafers, granules, energy bars, tinctures and products in a honey base.

Aside from Royal Jelly in Honey, some of Premier One’s other popular products include Raw Energy, an energy product that includes royal jelly, bee pollen and a variety of herbs, and Beefense, a popular product which includes bee propolis and echinacea. Premier One’s brand packaging includes a distinctive logo of a bee harvesting scene in a mountain setting, with gold highlights on the label. 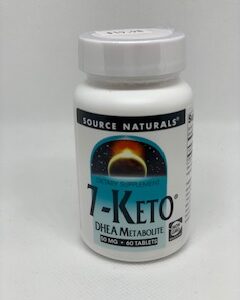 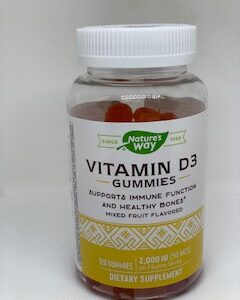 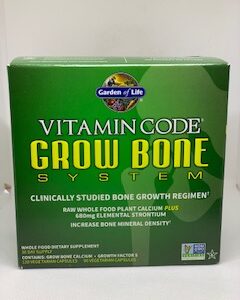 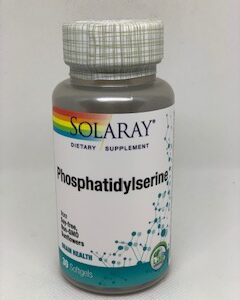